After years of anticipation, on March 6th the FDA approved a biosimilar product for the first time, Sandoz’s Zarxio. While biosimilars have been on the market in Europe for 10 years, the U.S. is just entering this market, which represents a new era for the biopharma industry that will bring both opportunities and challenges. According to a Frost & Sullivan research report last year, the global biosimilars market had revenues of approximately $1.2 billion in 2013, but could reach $24 billion in 2019. Approximately $60 billion worth of the industry’s biggest blockbuster biologics are coming off patent in the U.S. and Europe in the next several years, which opens the door for a lot of biosimilar product opportunities. Another factor contributing to the potential growth of the biosimilars market is the continued rise in chronic diseases, which drives the need for more cost-effective healthcare.

At this program, four experts will discuss the current regulatory, business and commercial environment for biosimilars. Their presentations will include: 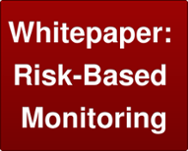